It's been six years since we opened the doors to Industry! We have been dedicating ourselves to the skate and snow community so much that we may have been so preoccupied we haven’t officially introduced ourselves. We are nothing but a local group of people who live and breathe the lifestyle of skate & snow. We are learning and growing everyday and have you, the community in mind, so here is a proper introduction to myself and our staff and what makes us, us!

Six years ago my wife, Julia, and I opened up Industry in Downtown Red Deer. We have now moved to our new location on Red Deer's south end in the bower plaza. Our goal has been to create community and a culture that would push the progression and accessibility of skateboarding and snowboarding in central Alberta. Previous to Industry, I worked 18 years for Allrose Sk8 since high school and learned a lot about retail and business from Nora Rose. The retail landscape in central AB has changed a lot in the last few years, but we could not be more grateful for what each shop has contributed to the long term growth of the scene. Ape skates, Allrose, Vertical Edge, Empire, Shredz, Anchor, and 360 were all locally owned skate & snow shops that built the scene that drives our culture. In a time when our economy and government have changed more than anyone expected, we're happy to say we are still here plugging away and could not have done it without the support of our community and the talent and dedication of our staff/crew/team.

​My name is Tim Nelson. Since I was young, I’ve had a drive and passion for snowboarding and skateboarding. I started snowboarding when I was 12, scraping my pennies together from the 4 paper routes I had, just to get that first set-up. Not to be too cliche, but the rest is history. I've chased the snow to Japan, ridden the Andes Mountains in Chile surrounded by volcanoes. I’ve spent countless hours driving to contests across North America and white-knuckling down icy logging roads looking for backcountry spots in BC while working on movie projects with my friends. Thanks to the great people and sponsors that make it possible and continue to keep me equipped with the best gear from Capita, union, vans, coal, Spy optics & Turple Bros.

Julia and I met through snowboarding and it’s always been a passion that we share. She spends time with me shredding pow in the backcountry looking for the next face shot or pillow stack. Although she’s not in the shop day to day, she has a very important role behind the scenes with her financial and bookkeeping skills as well as helping with all of our events, trade shows and buying for the shop. She’s also a part of the Rosettes and has a passion to see the growth of the community of women’s riding no matter what level they’re at.

Kallie Murray, our shop manager, Is one of the best people you'll ever meet and has a long history with the local scene. Growing up riding in the Bow valley and at Canyon, she has competed in snowboard events and chased the snow all the way to Japan. The last few years she has taken an interest in riding more backcountry after completing her avalanche training. She also has a lot of experience working in snowboard shops: she's worked at Empire, Allrose and now runs Industry.
Kallie truly has a passion for the skateboard & snowboard community. She and Kass Humphrey have created one of the first local girl riding movements in central Alberta, "The Rosettes". Kallie, Kass and Julia are volunteering their time to run all-girls ride events in skateboarding and snowboarding and to build a welcoming scene for ladies of all ages to come learn in a fun non-intimidating environment.

With the staff and crew that we have and their dedication to skateboarding and snowboarding, we are able to volunteer a lot of our time to the community. A lot of the things we do would not be possible without every person who supports us. Whether it’s buying a t shirt, or setting your kid up with a board, you’re helping us give back to the community one event, contest, free lesson and fundraiser at a time. Our goal is to grow and support the community that brings so many people together and make it the best.

The saying goes "make the best of what you got,” but we say “make what you got the best!” For Red Deer, for skateboarding & snowboarding and for our community.
We love seeing our long term customers that drop by regularly but we also like to meet new people so thanks for the 6 years of support and if you see us at an event or we pop up on your Instagram feed make sure to say hi! 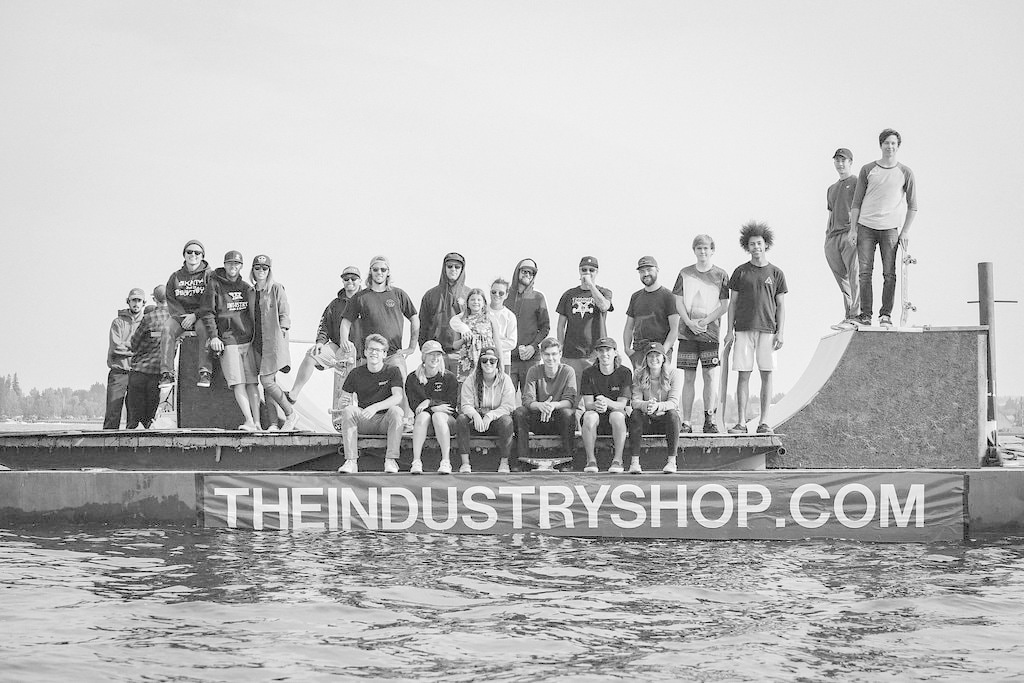